In recent months, both local and national media outlets have reported on the use of long-dated Capital Appreciation Bonds (“CABs”) by California school districts. Placentia-Yorba Linda Unified School District (“School District”) has had a very successful General Obligation Bond (“GO Bond”) program that includes the use of long-dated CABs along with several other types of bonds.

In an effort to inform the public relative to PYLUSD issuance of CABs, PYLUSD staff and financial team have prepared an introduction on this subject with the following questions and answers.

1. What is the difference between the various bonds the district has issued?

To fund the modernization and new construction that has occurred on every school campus in the district, the Placentia-Yorba Linda Unified School District has issued a combination of Current Interest Bonds (CIBs), Qualified School Construction Bonds (QSCBs), Build America Bonds (BABs) and Capital Appreciation Bonds (CABs).

This combination of all types of bonds, including CABs, made it possible to receive bond funds in a short amount of time and provided the District the opportunity to take advantage of low construction costs and low interest rates and capture State Matching Funds.

Without the use of CABs, the District’s facilities program would have had to essentially shut down until additional funding could be made available through CIBs.  This would have left several projects incomplete or never started.  The issuance of CABs enabled to the District to sell QSCB and BABs so that the combined bond program saved $100 million of interest as compared to issuing just tax exempt CIBs and CABs.

(1) CABs were sold for Series B only. Series C did not include the sale of CABs.

(2) CABs were sold for Series D only. Series E did not include the sale of CABs

2. What are the reasons the School District would choose to issue CABs?

School facilities will be used for many generations.  CABs allowed the District to spread part of the impact of paying for school facility improvements out to the future.  This gives us some relief to current taxpayers who might otherwise pay what could be considered more than their fair share and result in an inflated tax rate.

3. Why didn’t the School District issue more CIBs instead of CABs?

Had the District only issued Current Interest Bonds, the tax rate for this issuance would have been significantly higher and many projects would not have been initiated and completed for our students.

4. What are the repayment ratios for the School District’s GO Bonds?

The chart below details these repayment ratios:

Repayment Ratios for all bonds sold

The School District issued CABs at rates higher than the CIBs or federal subsidy bonds, the overall repayment ratio for the 2008 comprehensive bond issuance (Measure A) was 3:45 to 1 – well within the 4 to 1 standard CA Treasurer Lockyear recently began recommending.  When we issued the bonds the State Treasurer had no public recommendations on repayment ratios

5. How long will the taxpayer repay the GO Bonds?

6. Does the issuance of CABs affect the District’s GO bond credit rating?

7. Did the maximum tax rate the district projected in 2008 for the Measure A Bond program increase?

8. Are these bonds creating debt for the next generation?

The bond program here, like those in all other public agencies, has always been planned to minimize tax impact for today’s citizens while maximizing needed school construction and modernization that will serve the next two or three generations.  This funding mechanism spreads repayment over the next 36 years with a projected repayment from tax revenues applied evenly over time. The School District works with its finance team to regularly monitor the interest rate environment to look for such opportunities to refinance existing debt at lower rates; and just last year, a bond modification saved taxpayers $6,573,104.

9. Can the school district use bond funds for teachers’ salaries or student programs?

No, bond funds may only be expended for bond projects and may not be used for operational expenses such as teacher or administrator salaries or to support student programs. 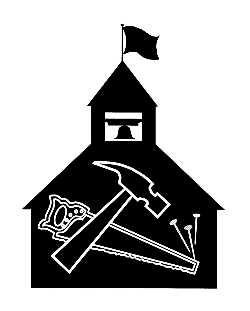